my journey toward living a healthy and fit life

I started my day off right yesterday with a slow and easy 4 mile run outside.  I went just as the sun was coming up and it was magnificent. I sure do love getting my workouts done first thing in the morning!

I was feeling adventurous so before heading out to pick Dax up from preschool I packed lunches for the boys. I used to be so much better about taking my kids to explore exciting places. Lately, if we go anywhere, it involves the grocery store, Walmart, or the gym.  I was planning on taking them to the park for a picnic lunch but as soon as I stepped outside I realized it was too cold. We did the next best thing and headed to the library. There is a big long hallway with a sitting area before the entrance to our library so this is where the boys ate their lunches.

Once they finished eating we headed in and Dax made a B-line for the computers. The Logan library has a bunch of computers in the kids area with educational games on them. Dax played a Sesame Street game that is supposed to help him learn how to sound out words.

While Dax played on the computer Everett and I checked out some of the Holiday books.  We were lucky enough to find “The Night Before Christmas” and “How the Grinch Stole Christmas.” Once we finished perusing the entire children’s book section, we headed over to the reading area.

After spending at least an hour in the library we headed home for naps. I was hoping they would be super tired from our “big afternoon adventure” and take extra long naps. That didn’t happen. I had just enough time to make lunch and eat it before they decided it was time to come out and play again!

I made some sautéed some chicken, bell pepper, and onion in low fat sesame ginger dressing. I also baked a few corn tortillas that were used to scoop up that big heap of guacamole. It was definitely a random lunch but it tasted delicious!

I had to go to a quick meeting for work last night but we promised the kids we could decorate the Christmas tree. Kelly got home a few minutes early so we could spend a half hour decorating before I had to leave. The boys had an awesome time and the bottom 1/8 of our tree is FILLED with ornaments.

We did a bit a rearranging after they went to bed. We did get to finish decorating so I will post a photo of the whole tree once I add the finishing touches!

What is the best thing you did yesterday?

Do you ever use your local library?

-I use ours occasionally, but feel like I should utilize it more! Who doesn’t like free books and movies?

4 thoughts on “Our Big Adventure” 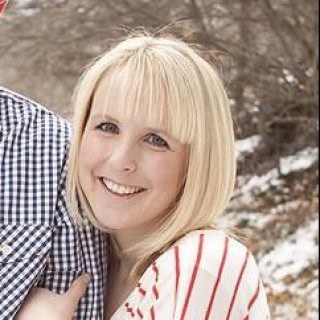 I am a running, circuit training, yoga doing, balanced eater who strives for overall health and wellness. Berries make it into at LEAST one of my meals everyday and barbells are my favorite piece of workout equipment, along with my running shoes!